Back in the swing

I so need to be in bed. I think I'm coming down with the stomach flu. Good times.

It's been a mad dash of a week. Coming off a vacation, even it's just a two-day one, is always hard. It's like the whole routine has been thrown off kilter, so apparently I
a) have a routine
and
b) it's off kilter.

We are getting a new floor in the study, so tommorrow there will be alot of putting things in boxes to be done. And just when you thought my space was jam-packed: 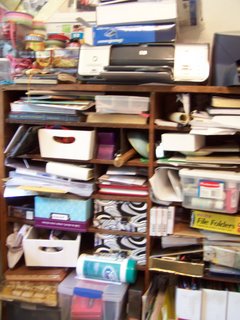 you should see Bill's. It's gonna be a challenge.

Did a bit o' scrapping. One of the kids. 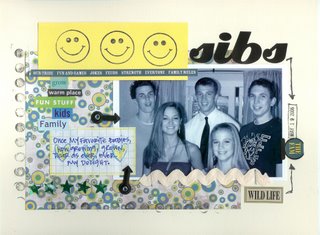 and a swap with Sarah (the hodgees) 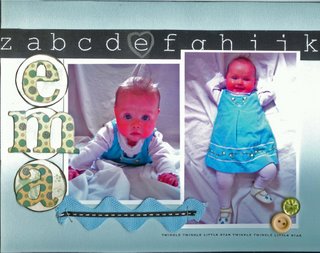 I'm pretty sick of my scanner and it's bleach streak. It's a rebel scanner. I photo shopped and photo shopped. Sometimes it does fine, and then sometimes- you get that streak. But, I'm obviously less a fan of "re-scanning", than I am of "bleach streak."

And one of my favorite pictures ever. I think I may print it big and frame it. I just love love it. I took it today at Bo's game. 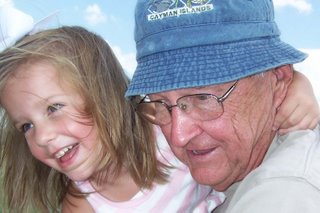 My boys at the end of season party. Bill's the coach but he has the parents present the trophy, and tell their kids how well they've done, and how proud they are of their children. It's pretty amazing, actually. For the child to be in front of his/her peers and have their parents publicly say that they love them and are proud of them. Not alot of opportunities for that sort of thing, when you think about it.
Aren't they handsome? 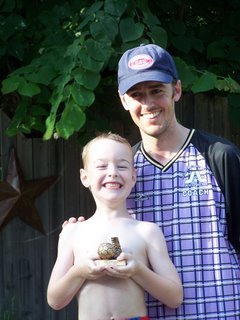 cute boys and photos sarah!!
and the whole vacation throws
everything off and we all need
them anyway. I have been back
from Vegas for 2 maybe 3 weeks
and just barely unpacked.

you crazy talented woman. Sorry to hear about stomach flu. That's no fun...

I miss my daily dose of sayfiddy... Take care of yourself so I can call and harrass you. There... Now you have your motivation to stay healthy! Just for your deal ol' sleaze1.

What a wonderful photo and great pages (as usual). Hope you have a great Memorial Day Weekend.

Just lurrvin' those lo's girl!!! So divine!...and I love that your husband sets it up so those kids hear how great they are from their parents!!!...how sweet is that man!...hope ya feelin better!

The scrappin' is wonderful! I especially love the pic of Ev and Emma! Great shot!!

That pic of emma is so perfect! Love the lo's too!

Your poor space.....but the family photos are treasures! Focus on those, sweet friend.

Big love to the fam.

alright
it's official
i'm blog stalking you
love the babies
love the layouts
love the photo from the ball game
holy cheese on the wall of stuff there!!
and phew. i'm done