How I did not have a coffee with Channing. 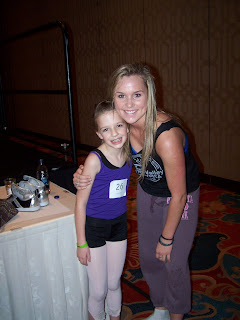 This is Channing Cooke. It was not advertised that she would be at the convention this weekend, and so when the teacher said "and this is my demonstrator, Channing. Say Hi to Channing!" it took me about 10 seconds to go all Ed Grimley on her. I loved her so much on sytycd, and was like "completely mental" that she was in a class that my daughter was in. Like right there in the room!
And then, I passed her in the hotel lobby, and I had to restrain myself from chasing her down, introducing myself and inviting her over for dinner. "Like, what if we became best friends, best friends in the world, and I could just call her up and say 'Hey Channing, it's me.'"
I took a deep breath and continued moving passed her, a slight blur to my vision from the unshed tears of joy mingled with pain ( such deep emotions.)
AND THEN
As I was ordering coffee this morning, once again in the lobby, there she sat. Like a foot behind me. At a table. Alone. With a really cute purse. And first, I went up and introduced myself and said "I'm a huge fan" but I think I'm smart enough to know that that is not how great friendships begin. So I didn't say that.
I said, "Have you gotten to go to any cool places in Dallas yet?" and when she inquired where the cool places were to go, I was stumped and had to introduce her to a cooler-than-me person named Rachel who would know. So I didn't say that.
I said, "Hey, cute purse." Cause, I mean, what great friendship ISN'T started that way? OF COURSE she said "Hey! Thanks! Sit down and have a coffee with me! I'm so bored and lonely and you look like my new bff." Well, thanks, Channing! That I am!
Yeah, that never happened either. For no good reason other than it sounded like I was just TRYING to be cool and not a super fan.
I said nothing.
I think I actually hunched my shoulders, blushed and turned and went in the opposite direction rather quickly.
I keep telling you people I'm shy, but no one believes me!
But to the point.
I feel really close to her after all the girl bonding time we've had together in my imagination. That's the reason I really cherish this photo.
Emma and her Aunt Channing.
'Cause were really, like, sisters.
Posted by Sarah at 9:53 PM No comments:

The Boston and the Bulldog. 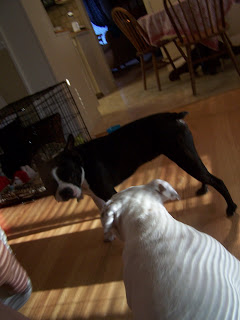 We've been dog sitting Bella the Bulldog for the last few days. She is one of the funniest animals I've yet to encounter at close proximity. So stubborn, so drooly, so underbitie, and so stinking adorable! She's so fat and white and Minnie is so trim and black, we have made alot of jokes:
Ebony and Ivory
Yin and Yang
Jacob and The Smoke Monster
You get the general idea.
Anyway.
We love her, and want to keep her,
and have been practicing our Jedi mind tricks to work on Jenny when she gets home. 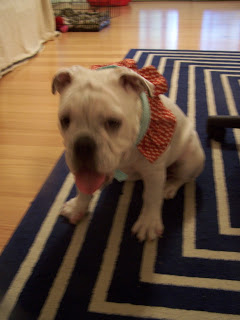 "This is not the dog you're looking for." (two finger wave) 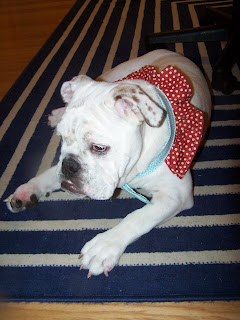 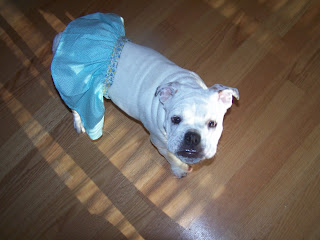 "And she most definitely would not wear a dog skirt." (two finger wave) 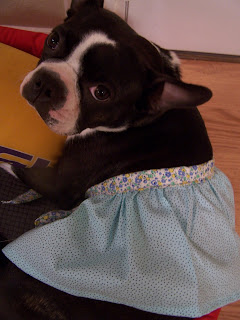 Awwww, Minnie Moon! You're our girl, and we love you. 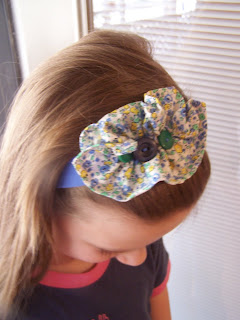 Aw, Em. You're our girl too, and we love you too.
but you only rate a little headband decor, not a frilly collar or skirt. 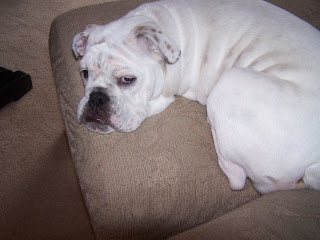 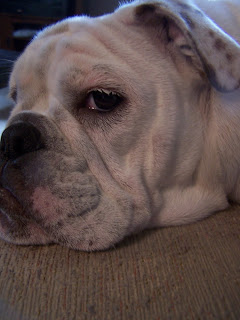 It appears that she has melted into our chair.
PS. Want a frilly dog collar or skirt or headband? Email me and I just might take your order. ;)
Posted by Sarah at 9:34 PM 3 comments:

Well Spoken (and spoken for) 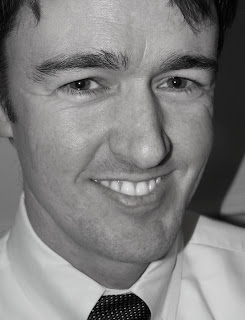 My clever and ever so diligently studious husband posted something that I think is great.
Not that I don't think all his stuff is great....I just...what I mean is...
Did I mention clever and diligent? I forgot to say HANDSOME!
Ok, so this is a really good post that I think even people with similar brains to mine can appreciate.
Racism and Geography
Posted by Sarah at 7:50 PM 1 comment: Nope!
This is the work of photographer Cecil Beaton from the 30's and 40's. Don't tell me there is anything new under the sun, and with stuff this gorgeous, why should there be?
Posted by Sarah at 10:04 PM 2 comments: 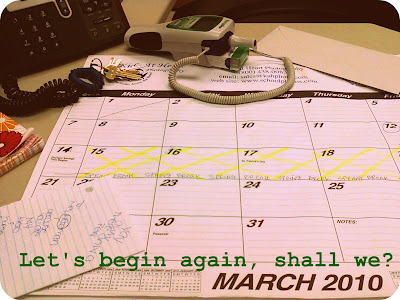 I am grateful for newness. I am grateful that each minute is new, and if that isn't good enough, then there is a new week, a new month, and well, heck. If none of those work, then we just wait for the new year and see if that doesn't do the trick.
The fact is that no matter what old thing I bring into each moment, it is STILL NEW. Still fresh, and there's another moment coming before this one even has a chance to get stale.
Praise the Lord for His mercy. It is new NOW. His fullness is overflowing now. And now. And I can grab hold of it NOW even if I didn't yesterday or this morning or 10 minutes ago. He is the reality of this minute.
Really thankful.
Posted by Sarah at 9:03 PM 2 comments: