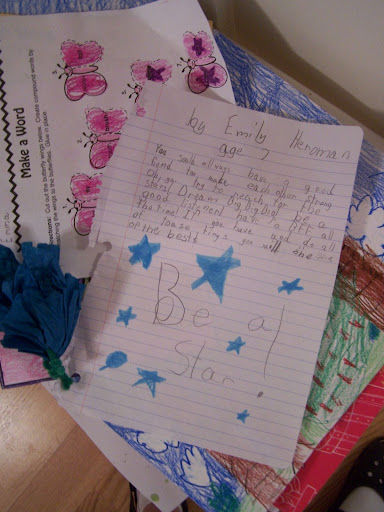 Today after school I witnessed this conversation:
Emma: I'm still hungry.
Goody: You ate a bowl of watermelon, a bowl of strawberries, a bowl of chips and a piece of cake.
Emma: I'm still hungry.
Goody: Eat a banana.
Emma: I'm blind. Where are the bananas? (Her eyes are closed and she does the zombie walk)
Goody: Over there.
Emma: Over here? (and she heads straight for the cake)
Goody. No. Over here. (redirecting her)
Emma: OK (turning and heading back towards the cake)
Grandad: We hid chocolate cake in one of those bananas. You just have to pick the right one.
Emma: Disbelieving smile.
Grandad: But if you pick the wrong one you have to eat the banana.
Emma: You're lying.
Grandad: Grandads never lie.
Emma: Yes they do. I have a Grandad who always lies (quick processing of resulting consequences of that statement) but he's not here.
Goody, Grandad, Me: Die laughing.
Emma: It's just a banana. I told you.
Grandad: You picked the wrong one.
Emma: Yeah. Right. (Consumes entire banana)
Posted by Sarah at 9:02 PM 3 comments:

Last year was our 10th anniversary. Bill surprised me. It was fabuloso.

This year was our 11th anniversary. We had no plans, except to take our kids camping overnight with some friends. It was really loads of fun. I wondered every once in a while why I was so contented with something so unromantic.

I figured out that it was because it was not ordinary.

We were with friends who acknowledged our long years together with champagne in colored plastic cups and s'mores around the campfire.

If you would have told the newly engaged me that I would be spending my anniversary in a tent near Joe Pool Lake, I would have been either

a) ready to drop kick Bill back to his town house right around the corner
or
b) thinking "I won't care, as long as I'm with Bill!"

(I say either, because I was so emotionally wiggy at the time I probably would have had both thoughts right next door to each other. )

I'm SO glad I didn't know then. Only because I wouldn't appreciate now how a relationship matures. How people mature. How our friendship has grown and our respect and appreciation for each other has deepened.

In other words: How far we've come.

If we go camping for our 12th anniversary, I will not call that a good tradition. I will call it redundant. 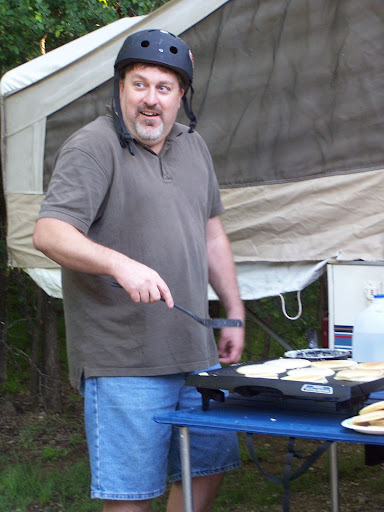 Oh heavens, Petr, that is just funny. Oh man. I actually think he had the helmet on because this was going on just a few feet away: 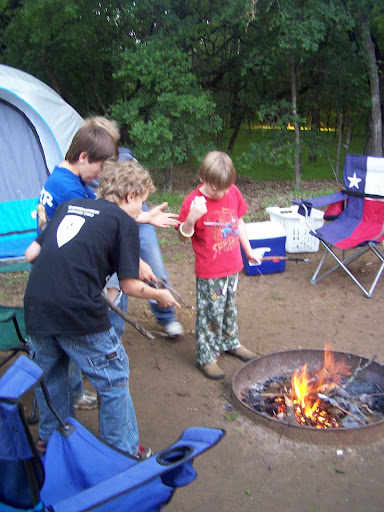 We all had a good time, I think. 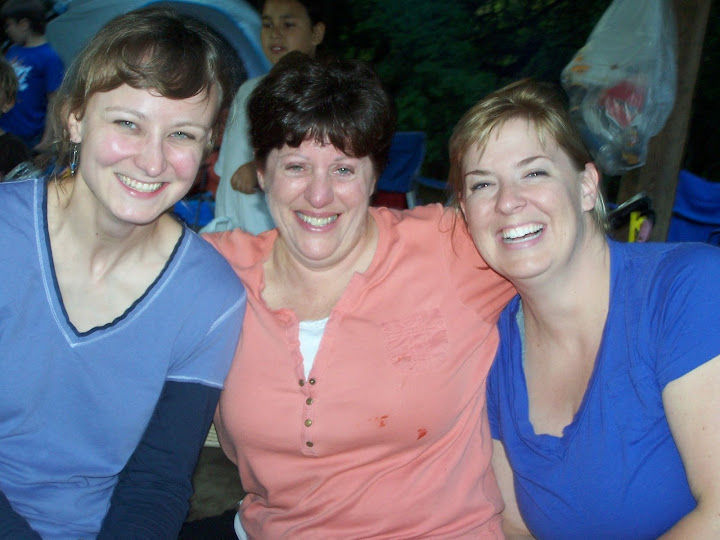 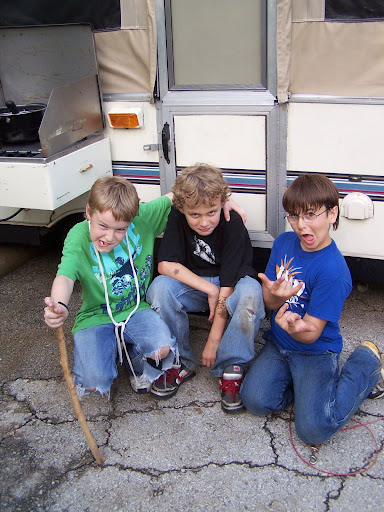 Welcome to the World, Baby Girl

On this day I got my new Lappy.
The feel of it makes me so happy.
Now my old desktop
Is still so great. NOT.
The speed of the new makes me sappy.

I have entered the world of the sleek, and left behind the old and behemoth. Just in case you doubt the wonder of my new machine, this photo has captured this laptop's powerful aura. 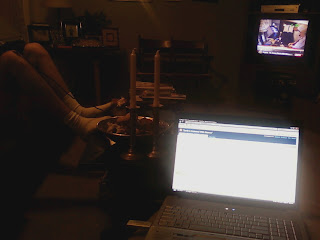 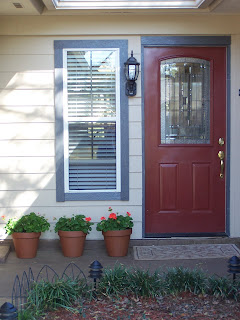 I am so grateful every day to be where I am right now. I love this house, I love the neighborhood- the easy familiarity of it all. I love the gorgeous spring days. (never mind that today is 49 and the wind is blowing like a banchee.) I love the kids playing outside with friends. It's just lovely.

Don't you like my geraniums? My dear mother in law planted those for me while they were here. 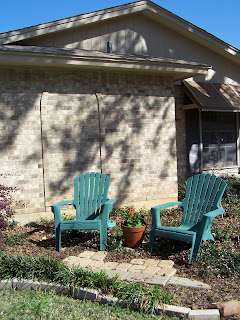 I also love garage sales. These chairs were 2 dollars each. Though they are not perfect, they are perfectly priced!! It gives me a place to sit while watching the kids do the following:
freerun in the ditch
scooter
skateboard
play tech decks
ride bikes.
The backyard is reserved for another game: 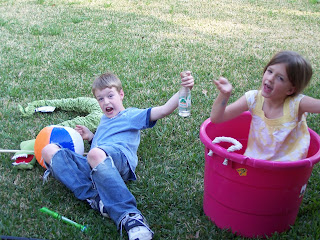 Meet Cracker and Poofle. They live on the planet Zeenger. Cracker has a Magical Sword with Magic Power, and Poofle has a Magical Bucket in which she hides from Monsters. The Dragon, Beach Ball, and Jarritos Bottle are also essential, but in what capacity I am uncertain. Let's not forget The Magic Green Recorder of Magical Power. Cracker just wouldn't be Cracker without his Magic Green Recorder of Magical Power.

And now, my friends the load of whites is ready to be switched to the dryer, so I guess that's the end of today's post. With all the things I love, I do not like laundry. If I ever say that I do, then you know that the Monsters from planet Zeenger have taken over my brain. I'll need to be saved, and quickly. Hopefully, the Jarritos Bottle will do the trick.