Thank you, Design for Mankind, for a new favorite.

Smile for a Weary Mom on Tuesday.

Clay Today article about the boys.

ORANGE PARK - Luke Marlar never gave up on his dream to play basketball in college, but he knew it would be a tough road since he chose not to play his senior year at Orange Park High School. It was a different administration, a different coach, and if Coach Lauderdale had arrived a year earlier, things may have been much different.

But things could not have possibly turned out any better for Luke, or his two brothers David and Mark, in the long run.

Two years behind Luke is Mark, who had a tremendous high school career under Coach Lauderdale, followed by the youngest of the trio, David who is two years younger than Mark.

When Webber head coach John Shoffner found out Mark had a brother that was a senior at Orange Park, he set up a work out for David. At this time Luke was a sophomore at FCCJ, still looking for an opportunity to play, working out daily, and at times outplaying some Division I athletes in pick up games.

A time was set up to have Luke be there and work out for the coach also. The plan worked as Shoffner was impressed, and invited Luke along with David and Mark to work out with the Webber Team.

That was the opening they needed, and in the spring of 2008 a signing ceremony was held at Orange Park as Luke, Mark and David all signed full scholarships to play basketball at Webber.

This might have been a difficult and tense situation for three brothers with less than 4 years of age separation all playing for the same team, but for the three, the eldest Luke spoke for them all stating, “It was a dream come true”.

Despite the much different roads they took to achieve their goal, they all feed off each other. It took some convincing, but they even room together. There is no jealousy, and they push each other to improve their games.

When they first arrived at Webber, Luke and Mark earned spots on varsity, while David, spent time on the junior varsity squad before being moved up. The move gave the brothers a little space, and time to find their individual niches.

Mark had played college ball for two years, so David and Luke learned a lot from him that first year, which led Mark to say, “I might have made it a little easier for them with my experience, but having my brothers here certainly made it a lot easier for me too.”

They have been playing together almost daily for as long as they can remember, and that comfort level translates well to the basketball court. Luke ended his first year by earning All-Conference Academics honors for the 2008/2009 season.

With Mark slated to graduate in the spring, this will be the last season they all play together, but they are making the most of the remaining time on the court together.

Luke and Mark are starters, while David is generally the first man off the bench, and Shoffner feels the youngest of the trio could possibly be the best of the three.

But David quickly credits his brothers stating, “I take a lot from both of their games and try to combine that with my own athleticism. I can’t say enough about what my brothers have taught me.”

Although the season is still young, success has followed thus far, in a recent game, Webber had the then undefeated Florida Gators on the ropes early in Gainesville, leading 15-6 before Coach Donovan got his team on track for a solid victory.

Each got in the scorebook against the Gators and all agreed that playing in front of the many friends and family in that night has been the highlight of their young careers.

There may be more significant highlights to come, but for all the dreams they had growing up in Orange Park, for all three to play college basketball on the same team, this dream will never be topped for them or their parents, Bryan and Missy, and sisters Sara and Mary. 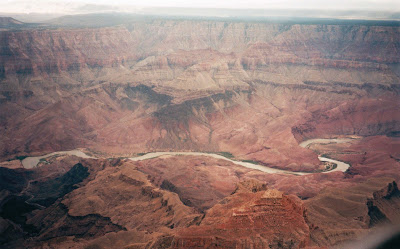 No more waiting room
No more "wandering"
No more thinking that it's only purgatory
the airport
transition.

Leaving old things behind
and
reaching
for all that lies in store
I lean hard
pressing into the arms
of Love
and hear Hope
in the voice of the Father
calling out
the name of His Beloved Son
in which I am found
The best place.
The highest calling.
Posted by Sarah at 11:04 PM 3 comments: